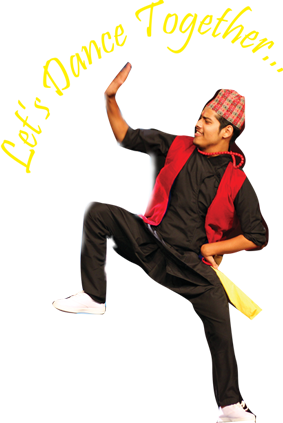 EVEREST NEPAL CULTURAL GROUP has been running its verities of cultural activities within the country as well as all over the world for decades. It has got experiences in the cultural exchanges with various international communities. It therefore, has a genuine scope and ability to promote the national and international cultural exchange program for the benefit of the people of Nepal and the world.

It is our endeavor to keep friendship and that cordial relationship with other cultural group all over the world. It’s culture that could give us entire satisfaction, peace, cool and the concept of cooperation to each other.

We feel that EVEREST NEPAL CULTURAL GROUP [ENCG] is always capable to participate for conduct any such folk festival program and as it has abundant of experiences observing and participating in more than 100 international folk festivals all over the world already.